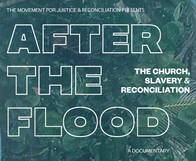 MJR has been working with Professor Robert Beckford and several professional film-makers to develop and produce a new 67 minute feature documentary on the theme of Christian Reconciliation. 'After the Flood: the Church, Slavery and Reconciliation' was premiered in London on May 25 2022. Learn more here.

​Making a broadcast-quality film is expensive and we have put a substantial amount from our reserves into a project that we believe can be of significance. Some further funding would help in distribution costs – if you would like to help, or know more, please ﻿get in touch﻿.
back to top

From Compliance to Disruption: practical racial awareness for church leaders was an online session sponsored by MJR and led by Mike Royal and David Shosonya. It took place on May 25, 2021, the first anniversary of the death of George Floyd. With the busy-ness of church leaders in mind, this was 2 hours of plain-speaking and digging down into practical issues. The event was recorded: input from Mike and David is here; the excellent Q&A time is here. These are free to listen to, but please consider making a donation to MJR.
back to top 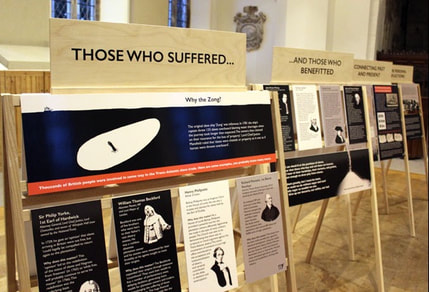 At MJR we believe the legacy of colonial slavery impacts us all, nationally and individually. To explain how, we have developed an exhibition on this legacy for use as a resource resource for schools, museums, libraries, local organisations, community groups or churches. Originally part of our Zong project, but always intended for wider use, the exhibition consists of eight information panels and an interactive desk, It looks at the history of colonial slavery and also the ongoing effects on the descendants, not just of those who suffered, but of those who benefitted.

As well as educating about colonial slavery (largely glossed over in British schools) the exhibition seeks to answer the question: "What has this got to do with Britain today?" The aim is not to produce a guilt trip but to get people thinking about their respective "unearned privilege and daily indignities" and to ask why the silence and historical amnesia on the facts and effects of slavery.

The exhibition is now available for free hire. Click here for more details.
back to top 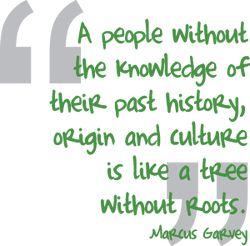 Through 2016 and 2017 members of MJR have led a series of short-term research projects. These were presented in the 'Proving Legacy' report to an open meetings in November 2016 at the Open University in London. The health issues were researched further and presented in the 'Talking Legacy' report in September 2017 at CTE in London. Each piece of research sought to identify a way in which the legacy of historical slavery is impacting our modern social situation.  Both reports can be downloaded from the Resources page.
back to top

The MJR Study Centre in Manchester is hosted by the Nazarene Theological College. It is hoped that this partnership will lead to the creation of research and teaching opportunities. We have a growing collection of relevant study materials for both students and others interested in gaining an understanding of the legacy of slavery which can be accessed at the NTC Library. When feasible a hot desk will be made available at the college and local MJR Manchester meetings and events can be hosted there. The college will also co-promote MJR activities and, subject to availability, provide space for events. Download a leaflet.
A local MJR group supports the Study Centre - email for more details. 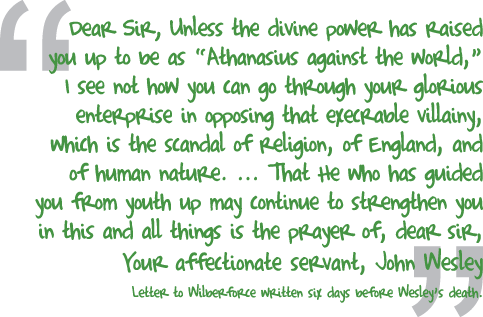 Further ideas being explored for the Manchester Study Centre include:
back to top
| Home | About | Legacy | Stories | Work | Projects |After the Flood | Resources | Exhibition | Who's Who | Contact | News | Support |